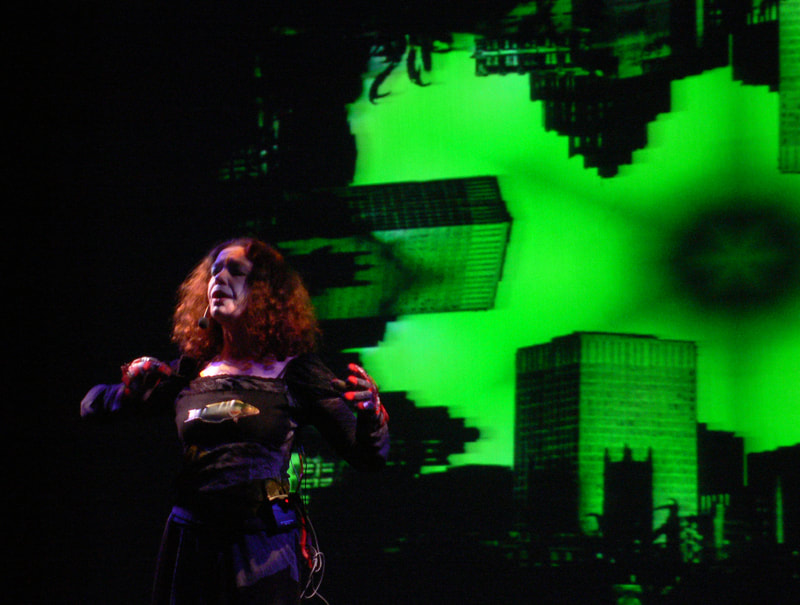 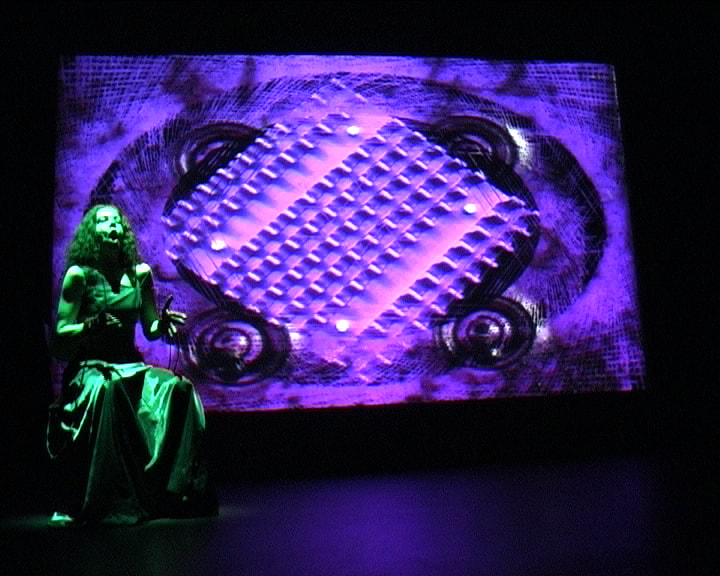 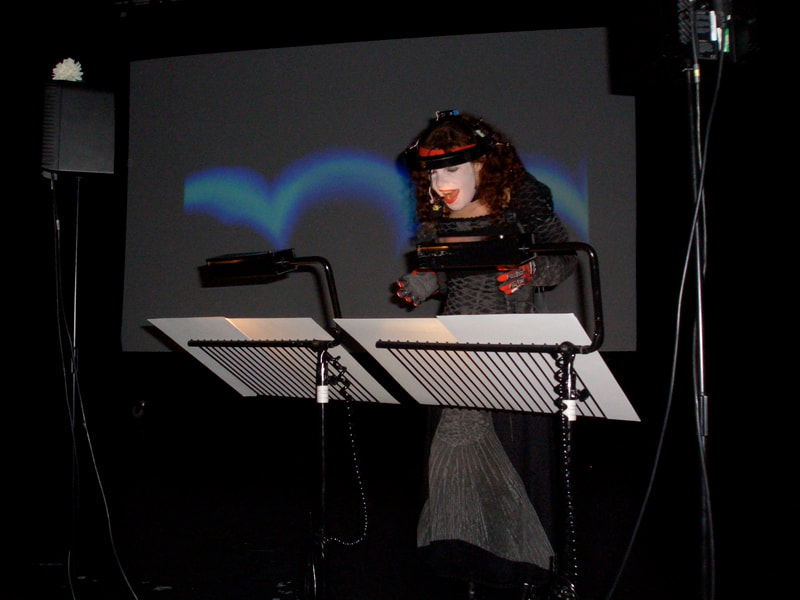 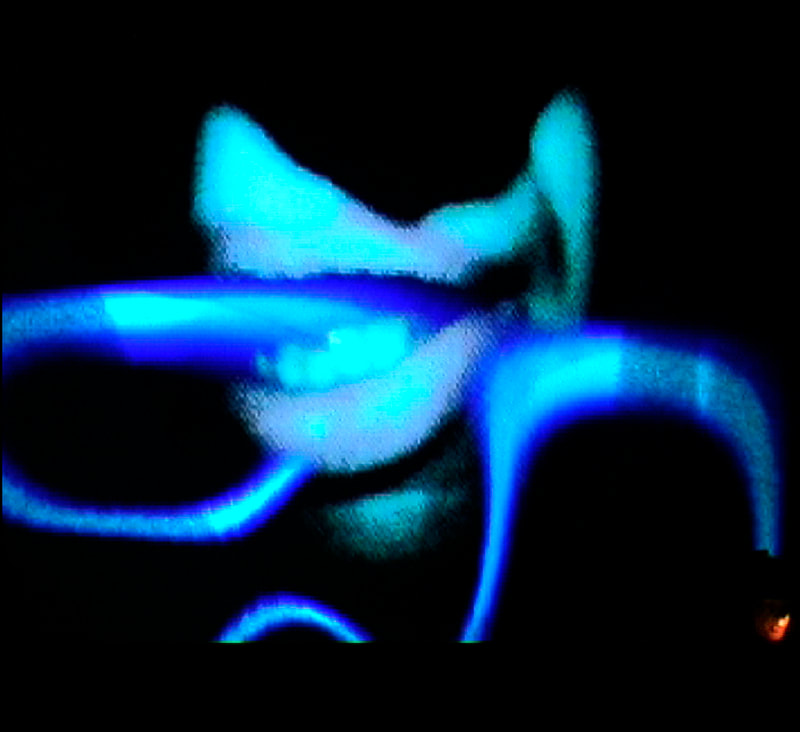 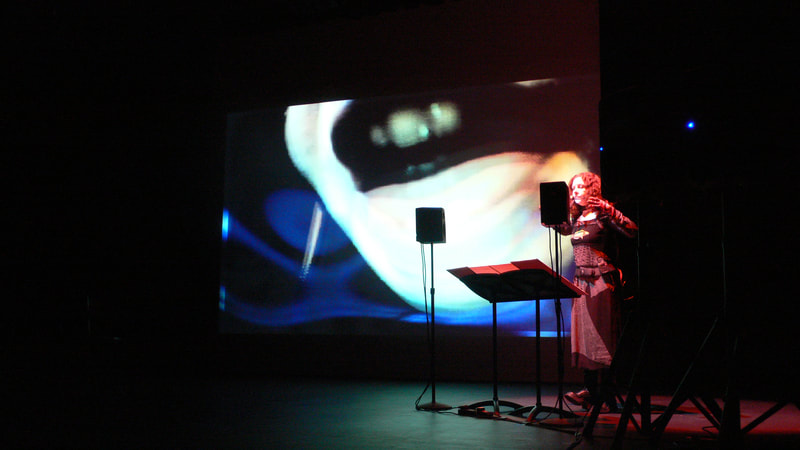 The Suicided Voice (compilation of performances) 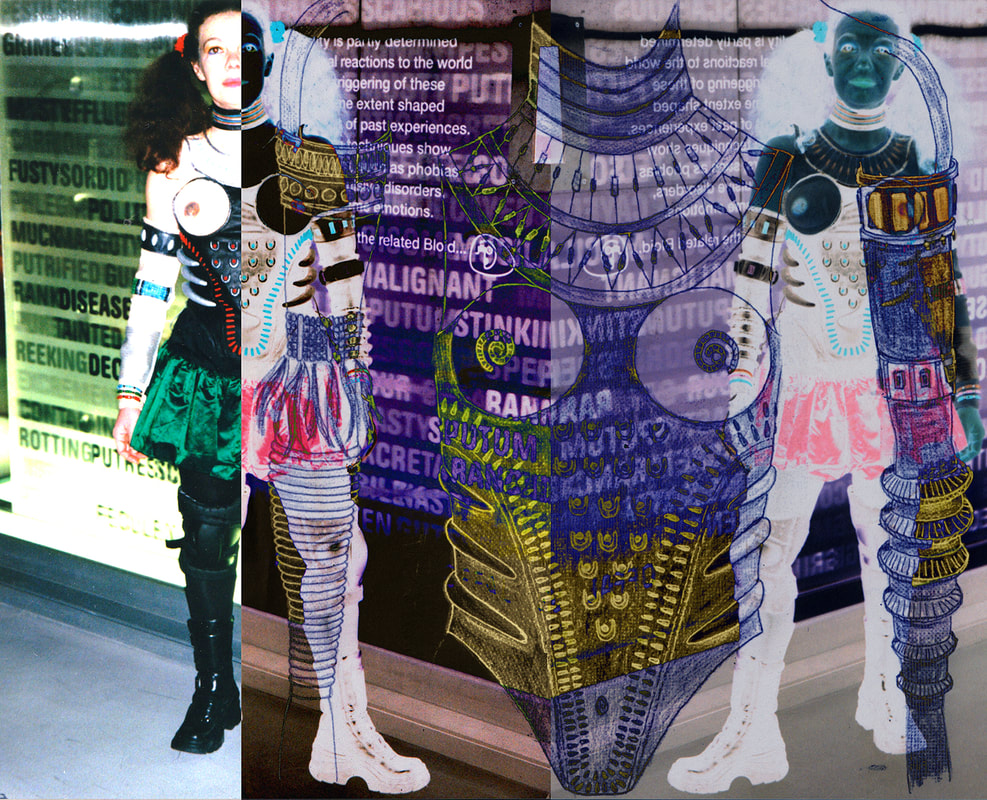 Julie Wilson-Bokowiec and MARK BOKOWIEC began working together in a recording studio setting in 1988. A year later they started to explore and experiment with a range of hardware solutions for live interaction in performance.  They teamed up with Dawsons Music, Roland and Rank Strand (lighting) to help create and beta test a range of new technologies including Strand's new midi lighting desks.  In 1994 they premiered The Navigator: a large-scale full length theatrical work that featured a range of interactive sound and image technologies that together created a 'sensitized' performance space. The Navigator also included a number of interactive instruments.  A year later they embarked on a significant program of work that would transplant stage technologies (developed for The Navigator) onto the body of the performer.  This resulted in the first generation of the BODYCODER SYSTEM.  At the beginning of the VJ revolution, Mark and Julie were invited to Beta test Steinberg's (Archaos) new VJ software <Xpose> in conjunction with the Bodycoder System.  In 1995 they presented the first performance with the new system in an evening of new works: THE ANATOMY CLASS.
The Bodycoder is a SYSTEM not an instrument. The system comprises of hardware, software (on and off the body) interfaces, image and sound diffusion, but also the presence of flesh and blood: the tangible and sensual relationship and long term collaboration between two artists - always in relationship to time and the spaces in which they work.  In performance, the work is responsive and sensitive to the presence of an audience for whom the work is enacted and who being part of the performance environment are therefore enmeshed within the relationship/dialogue/interaction. Our work with the Bodycoder System is both a response to, a relationship with, and a becoming within a techno-physical environment.  We consider our work to be CYBERNETIC in the broadest sense of the term. Our work reflects and manifests the operation of being within our particular techno-ecological environment. 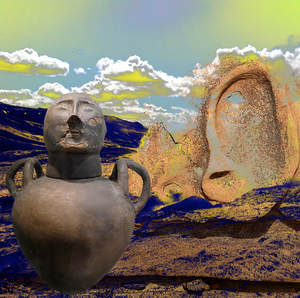