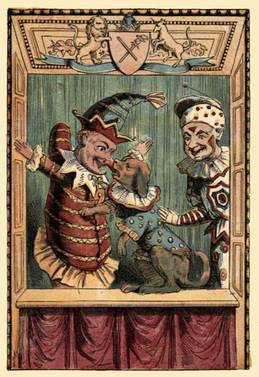 Toby-Dog-Savage is the second play in the Punch trilogy - three contemporary plays that are inspired by the characters, spirit and themes of the traditional Punch & Judy play.

The character of TOBY within the traditional Punch & Judy play is described as a loveable circus dog befriended by Punch who then beats, starves and finally feeds the poor animal human flesh.  Punch's abuse of Toby turns the innocent little dog into a savage beast.  Punch in effect makes the dog in his own image.

TOBY-DOG-SAVAGE takes this basic premise and tells the contemporary story of a young man who is gradually turned savage by adult characters and the circumstances that ensnare him.

On a deeper level the play collides the worlds of boxing and dog fighting to probe a Punch-like attraction to violence as blood sport and entertainment. 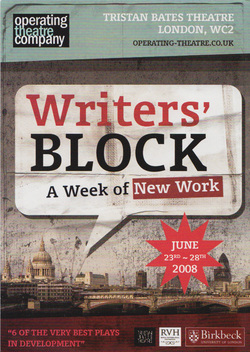 Set in a small town in South Yorkshire where the under-the-radar economy is run by the local heavies – the Jakes’ family.  TOBY-DOG-SAVAGE is a coming-of-age story about a boy TOBY (17) growing up in the shadow of his ex-boxer father, amid the thwarted dreams of his mother and within a society where violence gets you respect. The story, laced with dark humour, dog fighting and moments of fantasy, tracks Toby’s development from aimless youth to cunning and vengeful young man.